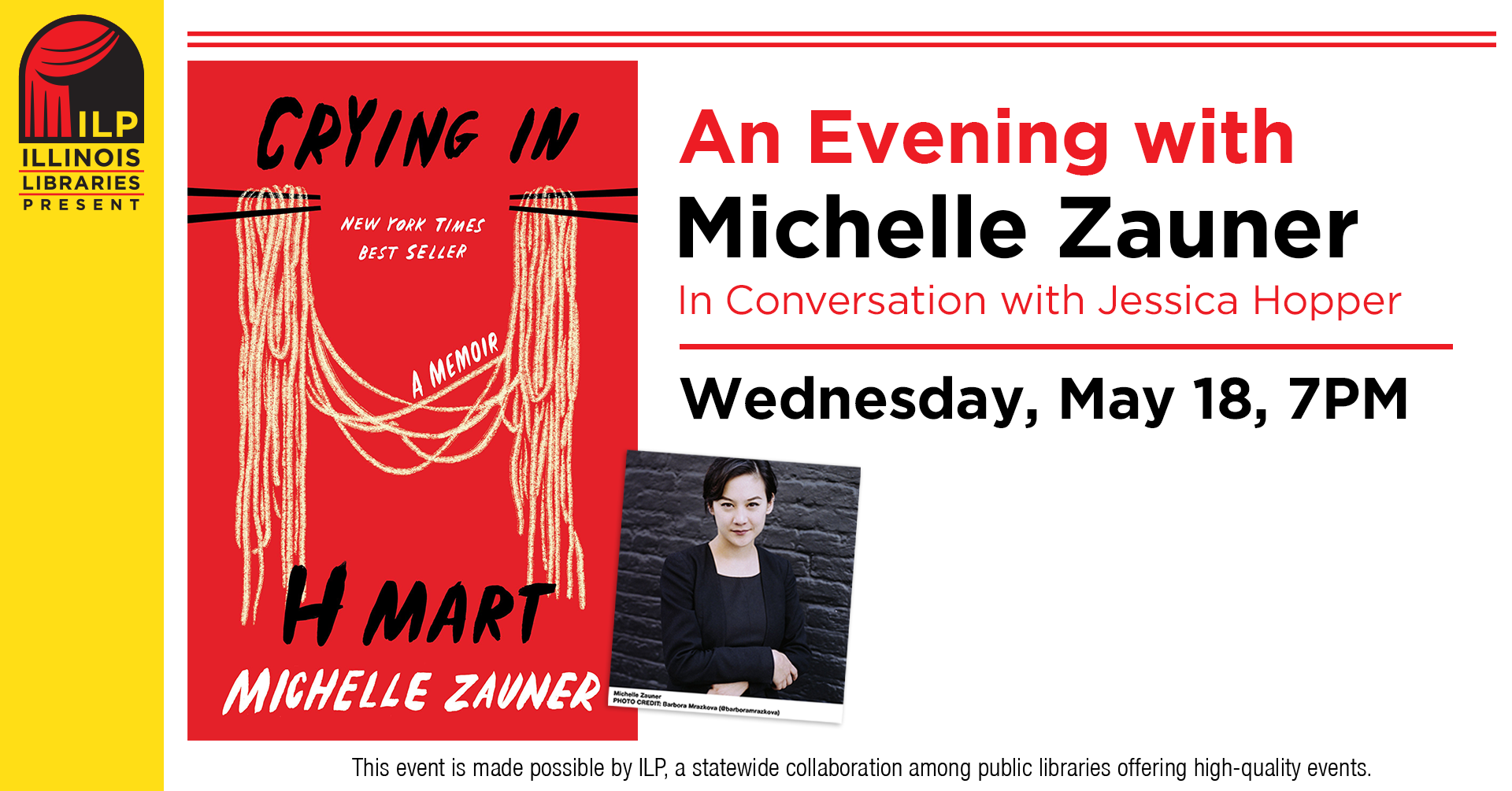 An Evening with Michelle Zauner

Musician and author Michelle Zauner discusses her music career and her beloved bestseller Crying in H Mart. Her memoir about growing up Korean American, losing her mother, and forging her own identity was a New York Times notable book of the year.

Best known as a singer and guitarist who creates indie pop under the name Japanese Breakfast, Grammy Award-nominated Zauner has won acclaim from major music outlets around the world.

Join us on Zoom.

This event is made possible by Illinois Libraries Present, a statewide collaboration among public libraries offering high-quality events. Funded in part by a grant awarded by the Illinois State Library, a Department of the Office of Secretary of State, using funds provided by the U.S. Institute of Museum and Library Services, under the provisions of the Library Services and Technology Act (LSTA).